Remember, to know Yourself, return to the silence before words.


But, the Awareness will not reveal itself as long as you are still identified with this pseudo-entity. You still seem to be convinced that you live a life of your own, according to your own wishes and hopes and ambitions, according to your own plans and design, and through your own individual efforts. But is it like that, or are you being dreamed and lived without volition as a mere puppet, exactly as in a dream of the night? When you think about it you will realize that this psycho-physical apparatus is only an appearance and as such has no independent existence. Therefore, it cannot act on its own independently, despite all appearances to the contrary. When you understand that you are the conscious presence and not the outer casing of consciousness, when you apprehend the total manifestation, not with the dichotimized mind of the individual but with the whole mind of the universal, then you realize that whatever the appearance does and whatever happens to it is of no real importance. Its life is being lived; happenings are taking place. That is all. 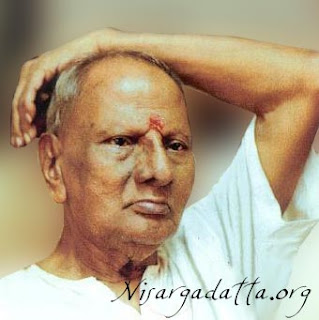 Popular posts from this blog

July 28, 2018
“ In every moment you only have one real choice: to be aware of the Self or to identify with the body and the mind.”     --  Annamalai Swami   Rememb er, to k now Yourself, return to the silence before words.
Read more

How to Practise Self-Enquiry

June 14, 2018
One needs to look at everything that moves within the field of mind. This must not be a superficial inquiry but one carried out with one’s entire being. One has to be watchful to catch every thought as it arises – follow its trajectory – how it comes up, moves and ends. Then one will begin to realize that the entire movement of thought is habitual and mechanical. Only through attentive watchfulness will this mechanical and compulsive movement of thought, lose its momentum and finally come to an end. In such ending one will discover a mysterious momentum of quietude. If one wants peace, creativity and love, one has to undertake this inward journey. One may be clever, but mere cleverness will not lead to that state of peace and ecstasy which is the very basis of life.   -- Dada Gavand Remember, to know Yourself, return to the silence before words.
Read more

June 17, 2018
“Eternal vigilance is the price one has to pay for Freedom. Only with constant vigilance and by remaining aware all the time, one can really start seeing the working of this cunning manipulative mind. While observing with aloof attention, all these compartments open up and the contents surface up.   In that field of eternal vigilance you start observing the whole trajectory of the thought. Then like a hawk you are able to catch the thought as soon as it arises in your inner space. Thus by catching a thought right at the point of onset, you can dissolve it before it catches you. Slowly the grip of the thought-emotional mind loosens up. And the awareness gains momentum. More and more Life energy gathers up which strengthens the field of vigilant awareness.  All these thought-emotions get dissolved into the light of vibrant awareness. This is the way one can remain in the field of pure consciousness for longer duration. This is how the integration of Total Life Energy happens and
Read more

Louise Sterling
The search for Truth - the re-discovery of the authentic self - has been a perpetual life theme. This blog shares this perennial wisdom - like a spring that never runs dry.